Taking as a starting point the book Estética fósil. Imaginarios de la energía y crisis ecosocial (Barcelona, Arcadia, 2020), the project “Fossil Aesthetics: A Political Ecology of Art History, Visual Culture and Cultural Imaginaries of Modernity” (PIE 202010E005) seeks to define how the socio-environmental metabolism of industrial societies, as well as the imaginary relationship we establish between Nature and Society, is aesthetically configured. And to throw on that historical reality (with both a material and symbolic dimension), a critical look that allows us to rethink aesthetics from the political ecology, taking charge of the challenges that the current ecosocial crisis presents for the whole of humanity (and, in particular, for its most vulnerable sectors).

Although the research goes back to the origins of modernity in the sixteenth century, the emphasis will be on its industrial period. From this perspective, the study driven by the project will be situated in a transdisciplinary framework of dialogue between art history, aesthetic discourses and cultural criticism with environmental humanities and energy humanities, which have been underlining the relationship between petromodernity (the stage of the modern era that shows a strong dependence on the massive use of fossil fuels) and the cultural imaginaries linked to industrial progress.

The general objectives could be summarized as follows:

1. To determine how the history of images has contributed to consolidate or question the fossil-dependent culture (understood in a double and broad sense, as a mode of life and worldview) of the last two centuries, responsible for the accumulation of CO2 particles in the atmosphere and the consequent global warming.

2. To discuss the application during the last years of concepts such as Anthropocene, Capitalocene or Chthulucene to cultural and artistic criticism.

3. To consider the theoretical contributions of knowledge such as post-structuralist anthropology, ecomarxim, ecofeminism or decolonial ecology when contesting the imaginaries of productivist modernity.

4. To constitute a visual and textual archive of the ecological movements in Spain. 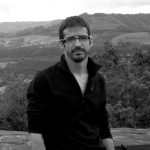 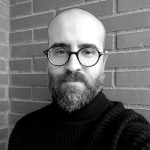